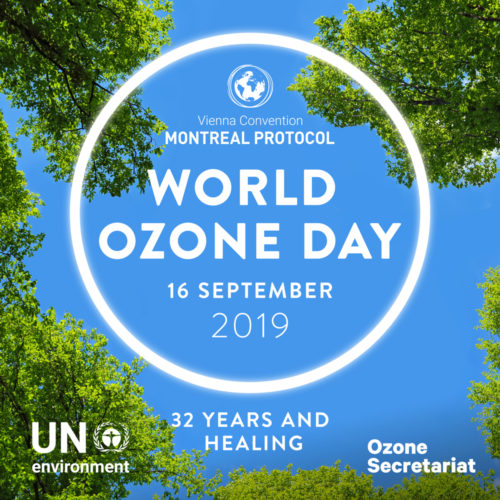 On the 16th of September 1987, the Montreal Protocol on Substances that Deplete the Ozone Layer was signed for the first time. Since then the date is used to raise awareness on the issues surrounding ozone layer depletion and climate change.

This years theme is “32 Years and Healing”.

“The Montreal Protocol has led to the phase-out of 99 per cent of ozone-depleting chemicals in refrigerators, air-conditioners and many other products.”

“The latest Scientific Assessment of Ozone Depletion completed in 2018, shows that, as a result, parts of the ozone layer have recovered at a rate of 1-3% per decade since 2000. At projected rates, Northern Hemisphere and mid-latitude ozone will heal completely by the 2030s. The Southern Hemisphere will follow in the 2050s and Polar Regions by 2060. Ozone layer protection efforts have also contributed to the fight against climate change by averting an estimated 135 billion tonnes of carbon dioxide equivalent emissions, from 1990 to 2010.” -https://www.un.org/en/events/ozoneday/